Jason fell in love with bicycling when, for his 16th birthday, he received a vintage Italian racing bike from his uncle – which had supposedly been won in a poker game. Jason first became involved in bicycle organizing and advocacy after riding in Chicago’s Critical Mass bike ride, which helped him discover the personal and political power of bicycling. Jason also has a passion for bicycle touring – he’s logged multi-week and multi-month bike trips in the U.S., Canada, Mexico, Belize, Guatemala, and New Zealand.

Jason is the leader of Cycles for Change, a non-profit bicycle education and advocacy organization with two community repair shops in the Twin Cities of Minneapolis/St. Paul, Minnesota. Jason believes that a bicycle can be a powerful tool for building healthy, equitable, sustainable, and socially just communities.

Project Summary: Supporting Cycles for Change, a community bike shop working to build a broad-based bike movement, by developing a Youth Leadership Council that will help Cycles for Change’s youth leaders, who have been trained in a year-long apprenticeship program, deepen their role in planning and leading the organization’s work. 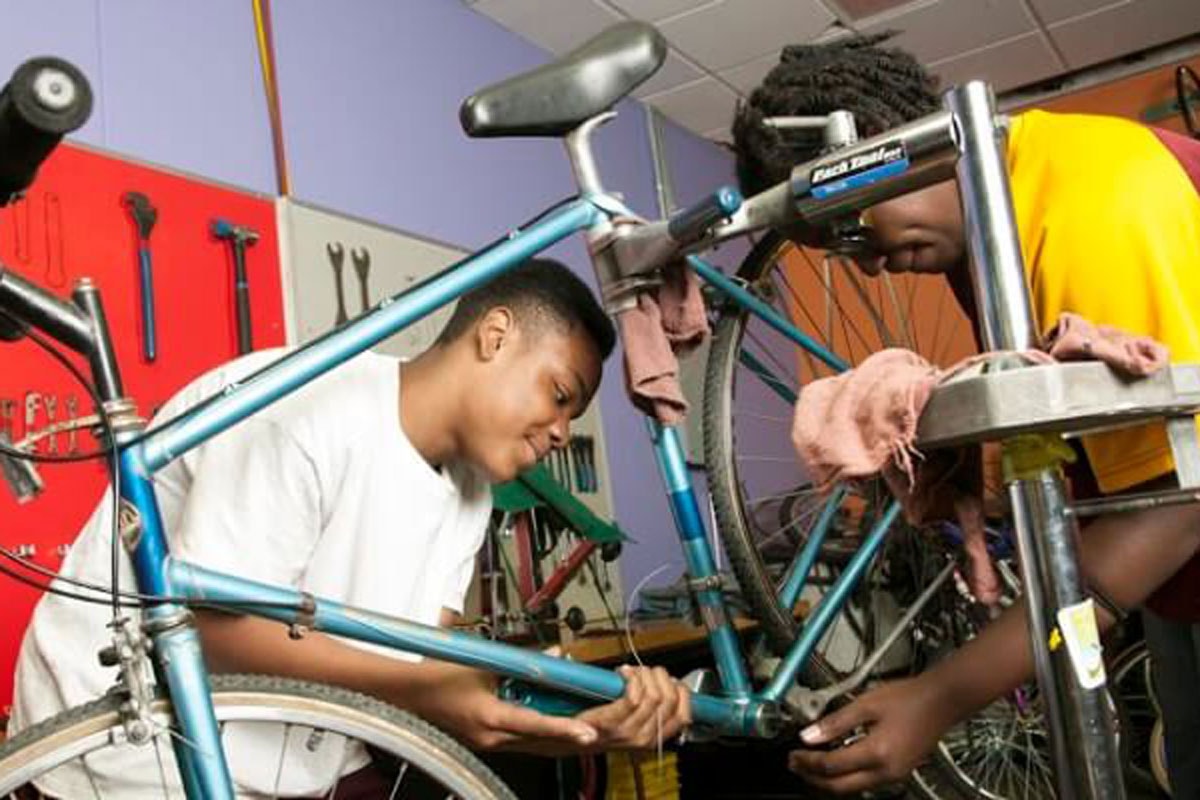 Cycles for Change is a community bike shop working to build a broad-based and equitable bike movement. My Community Project Idea is to build a Youth Leadership Council to provide a structured avenue for C4C’s youth leaders, who have been trained in our year-long apprenticeship program, to deepen their role planning and leading C4C’s work. C4C will further seek to refine our community engagement and youth leadership model, and explore the possibility of developing community bicycle education and advocacy centers in other communities in St. Paul.