Justin Triano is the founder of RideESSJ, a group which has been leading the bicycle effort for the Eastside, a notorious and underdeveloped part of San Jose. His work in the Eastside community has brought him to serve on San Jose’s BPAC and serves as an ally and advisor to the DOT. He served on San Jose Bike Party’s organizational hub (2009-2014) and developed a keen understanding of San Jose’s streets, cultures and its people. This inspired Justin to connect the many aspects of San Jose, from businesses and creatives to bicyclists and spectators and create the annual downtown event, the Bike Life Festival.

His love for community interaction and space activation carries beyond bikes, leading to other projects like the Pillow Fight SJ and San Jose Skate Night. Having not driven a car in 8 years has given Justin a new perspective into local civic life and has inspired him to advocate for the development of San Jose as a multi-modal transportation city and showcase the cultural roots that make up this part of Silicon Valley’s eclectic community. 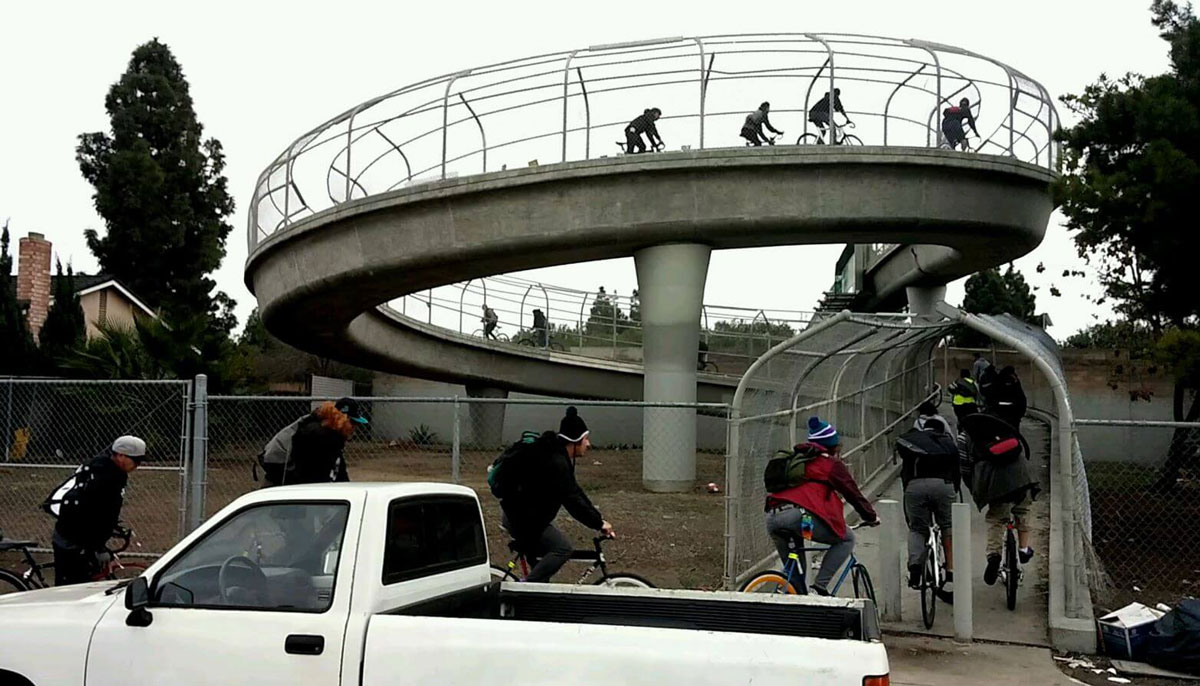 We’ll revitalize a neglected pedestrian bridge that connects two low-income communities allowing them safer access to amenities while encouraging active-transportation. The abandoned space that the bridge touches down on will be activated through a series of community based art installations and cultural and educational public programming. Through meetings & iterative arts, we’ll engage the community to help them understand the civic process, turning this eyesore into a prideful landmark that reflects the community and serves its practical needs.